Improving performance is a never ending process. It is circular in nature with steps such as

If you have the complete source code of your app, you are in a position to identify areas where you can potentially improve performance by making code fixes. But if you are running a website which has external content being injected (Ex : Advertisements), there is nothing much you can do it “fix” it. But it is a good idea to track them down, so you can do some actions (perhaps raise an issue with the ad content provider service).

Earlier this week, I decided to build a simple monitoring system which can give useful insights like how much time each network calls on a web page takes or How many calls are getting a 200 OK as expected or which call is the most slowest one etc. It consists of two parts

My original plan was to throw the node js app as an azure web job and schedule it to execute every hour. But when I tried to upload the zip file, it was almost 70 MB and the web jobs could not accept anything more than 52468800 bytes(52 MB). (The puppeteer npm package downloads a recent version of chromium browser and use that. This itself is 70 MB(OSX)!)

All I want to do is run a simple node js script. Why not do it from my machine ? So I created a cron job on my machine and scheduled it to execute the node js app.

Running some tests on msn.com

I decided to try it on msn.com as I noticed it has tons of external calls for the ads. I deployed the portal to azure as well. You can see it here http://let-me-monitor-your-site.azurewebsites.net 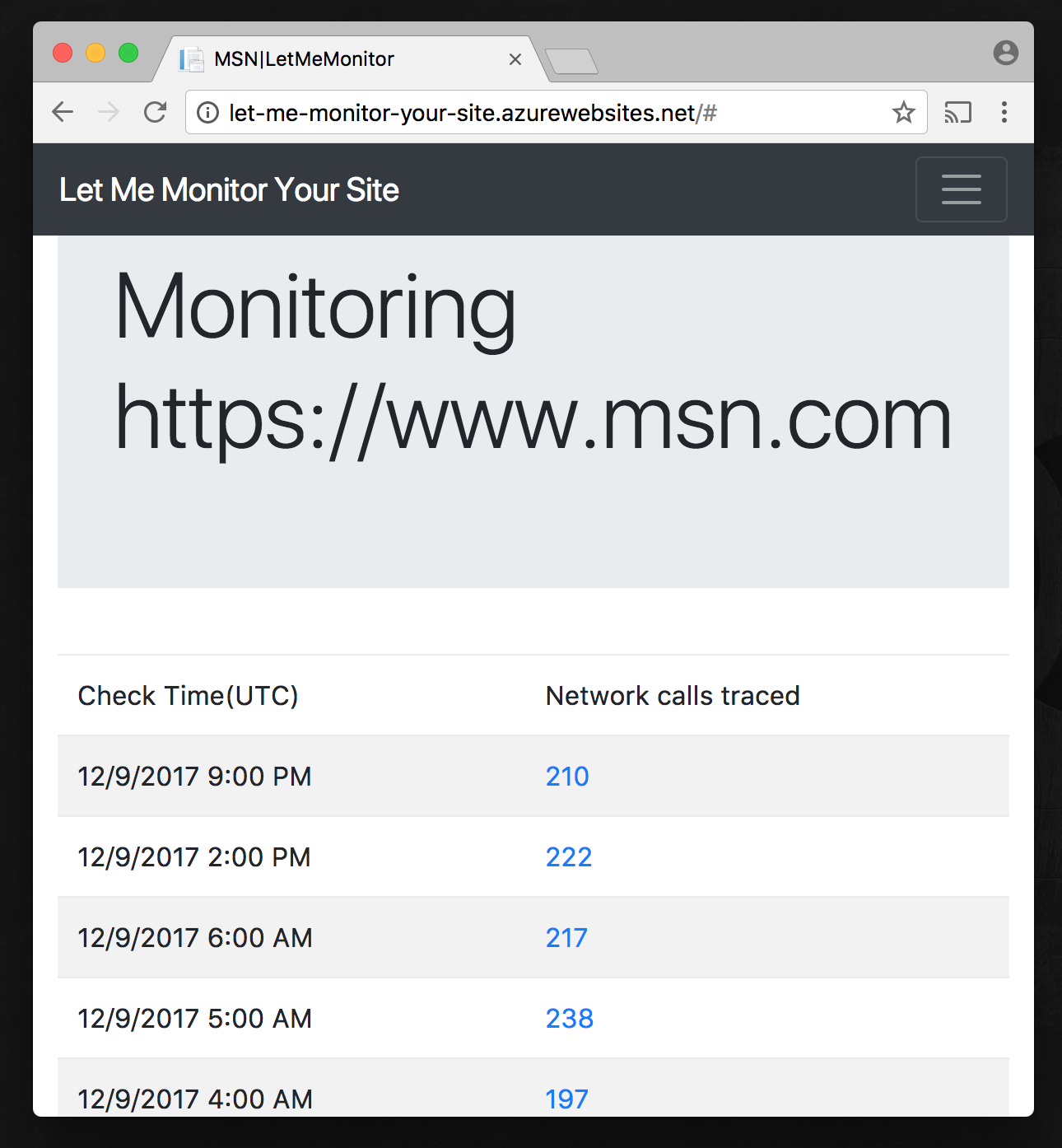 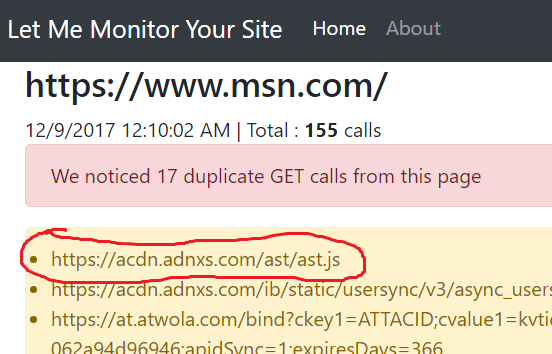 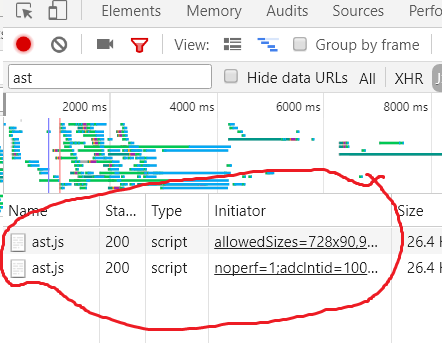 Possibilities Puppeteer is opening to us: The google chrome team did an excellent job in building the puppeteer project. This project is going to make it easier to build automation testing of web applications, using just javascript! Take a look at https://github.com/GoogleChrome/puppeteer ❤️

Scheduled tasks: At the time of this writing, there is no direct way to setup a node js exe in windows as a scheduled task ( or atleast my reserch could not find one!). Fortunately, I had another machine running high sierra (which is a unix based OS) where I could setup a cron tab. It took a little bit of time for me to get used to setting up the job using terminal commands (I have been spoiled by GUIs)

Google charts : TBH,I am a chart /graph person .Visualization of data is more understandable than rendering some numbers. I chose to use google charts library to render the charts since i wanted something easy and quick. I would still love to see a single js file with relatively small size being downloaded to my page for rendering the charts.

Javascript talking to SQL server : I used the mssql npm package for the data access from node js. It has good documentation and does the job.

NPM Modules!!!!! : A picture is worth a thousand words. 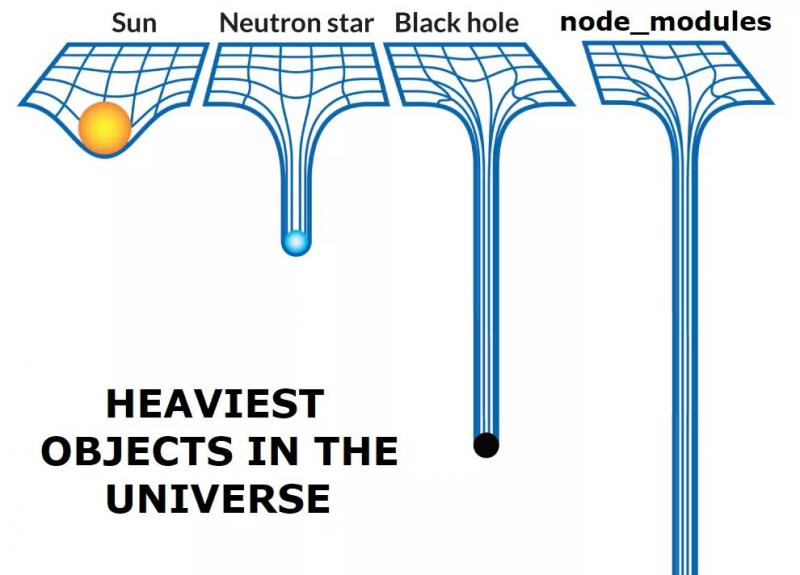 The tool can be really useful if we add stuff like